Abdullahi Aliyu Zakari was born at Mantafien in Gbako Local Government of Niger state. He grew up in Kpakungu Area, Minna, Niger State. 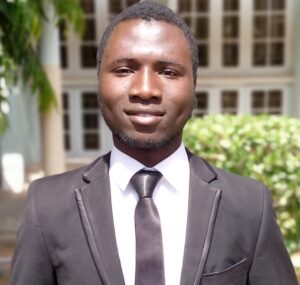 In 2016, he then proceeded to Fati Lami Abubakar Institute for Legal and Administrative Studies, Kpakungu Minna, Niger state. He earned his Diploma in Common and Sharia Law in 2018.

He is currently running his Degree Program at University of Maiduguri.

Abdullahi Aliyu Zakari Mantafien is the C.E.O of Legalresearch.com.ng, Legal Research Tv, Nupefiles.com and developer of www.Ndagiabdullahi.com and www.KinNupe.com and also a moderator among others.

He is gentle, calm and trustworthy. His character is worth examplery to others of his age group. He is trying his best to follow the footstep of our beloved Prophet Muhammad (S.A.W), may peace and blessing of Allah be upon him. So much that he gives himself a nickname known as Mr. Sunnah but his most popular nickname is Mr,Invincible.
On the 16 November 2020 he wrote on his social media handle that; all his nicknames has been withdrawn. He prefers people calling him A.A Zakari