In this article we shall be looking at Competence and compellability in law of evidence. 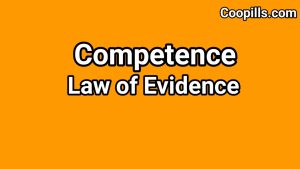 A Competent witness is one considered in law as a fit and proper person to testify. It is a general rule that every person is competent to testify except, according to S 175(1) E.A.
“unless the court considers that they are prevented from understanding the questions put to them, or from given rational answers to those questions by reason of tender years, extreme old age, disease, whether of body or mind, or any other cause of the same kind”

Exceptions
(1) Children: According to Sec.2(1) CPA, a child is a person who has not attained 14 years in age. For such a child to testify in any proceeding he must be able to understand the questions put to him and able to provide relevant answers to them. See the case of Okoh vs State (1988) 1 NWLR (pt.69) 177. The combined effect of section 175(1) E.A. us that a child is a competent witness if the child is able to understand the nature and implication of an oath. Certain steps should be taken by the court. S.182(2) E.A

There is still controversy as to the necessity or otherwise of the provision of S.175(1) & S.183(1) of evidence act.
Read the case of Okoye vs state (1972) 12 SC 115
(2) President, Vice President, Governors, Deputy Governors:
The President, vice president, state Governors, and their deputies are competent witness under S 175(1) of evidence act., but they are not compellable while they are in office S.308(1)(c) 1999 Constitution of federal Republic of Nigeria.
However the protection under S.308(1) does not apply to civil proceedings against that person in his official capacity or to a civil or criminal proceeding where he is a normal party. S.308 (2) of 1999 constitution.
See the case of Rotimi & Ors vs Mcgregor (1974) 9 NSCC 542
(3) Diplomatic Agents And Aliens: under the diplomatic and immunities privileges Act Cap. 99 LFN 1990 foreign envoys, consultars officer and members of their families and staff are accorded immunity from suits and legal processes, and are therefore non compellable witness which make similar provisions for the high commissioners of Commonwealth countries, members of their families and staff and officials of some international organizations. These immunities can be waived by, the persons on whom they are conferred. Section 2, 5 (2) 7(2), 15 of the evidence act
(4) Persons of Weak Intellect: S.175 (1 &2) E.A Included among this category of people are persons of extreme old age, drug addicts, persons of unsound mind and drunks, whether permanent or temporary. It also include deaf
and dumb persons.
(5) Parties To Suit: They are competent witnesses both for themselves and the opposing party.
(6) Accused Person: An Accused can be a competent witness for the prosecution and for himself and other accused persons. However, before an accused persons can be called to give evidence for the prosecution against a co-
accused person, he must himself have pleaded guilty.
(7) Spouse Of The Accused Person: In a criminal proceeding, the spouse of an accused person is a competent witness for the defense as well as for the prosecution, but only upon the application of that accused person. See Sec.178 &179. In civil action, the spouse of a party to that action is a competent witness for that party as well as the opposing party. These provisions apply to husband and wife of a monogamous marriage only.
(8) Relations Of Parties: They are competent for both parties. However the court must be cautioned as to the weight to be attached to such evidence.
(9) Counsels: Even though counsels are not debarred in a case from given evidence but the rule of etiquette and common sense should guide such action.

Have you found this post useful or inspiring? Do let me know your thoughts by commenting your Answer below or you can contact me
directly if you prefer!
Please feel free to share this post with others who might enjoy it too! 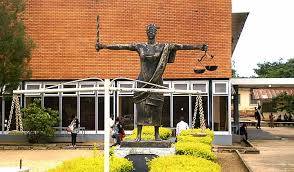 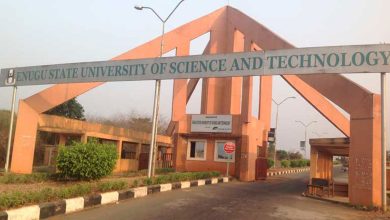 Esut cut off mark for law 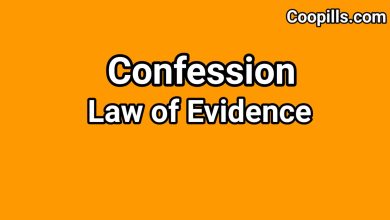 Aaua cut off mark for law