In this article we shall be looking at importance of marriage in islam. 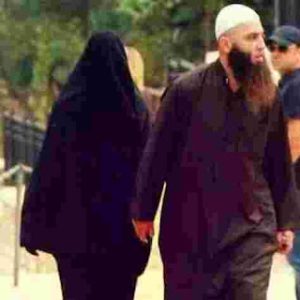 Generally, marriage in islam is a contract. Not just a domestic or social contract, but an enforceable one between the two contracting couples. According to an Islamic Jurist Ameer Ali, he said: ” Marriage is an institution ordained for the protection of society, and in order that human beings may guard themselves from foulness and unchastity”. Nikah in its primitive sense means carnal conjunction. Some have said that it signifies conjunction generally. In the language of the law it implies a particular contract used for the purpose of legalizing generation. Almighty Allah says in (Qur’an 30:21) thus;
“And among His Sign is this, that He created for you wives from among yourselves, that you may find repose in them, and he has put between you affection and mercy. Verily, in that are indeed signs for a people who reflect”

Marriage is seen marriage as a legal relation between male and female with a sight to establishing a peaceful society. This is justifiable through the teachings of Islam, the consensus of the jurist, and the text of the Glorious Qur’an. Contracting a marriage in Islam is easy but with strict procedures. For any sexual relationship to be halal, all the conditions precedent must be adhere to strictly.

The objective of marriage are heterogeneous in nature, but the crucial part of it have been stated in the Glorious
Quran as thus;
• One of the major essential of objectives of marriage in Islam is to ensure preservation of the human species and continuation of the human race as Almighty Allah stated in (Quran 4:1) as thus;
“O mankind! Be careful of your duty to your Lord, Who created you from a single soul and from it created its mate and from them has spread abroad a multitude of men and women”

• Also To provide spiritual and legal foundation of the family and it can be seen in (Quran 30:21) as thus;
_”And of His signs is this: He created for you mates from yourself that you might find rest in them, and He ordained
between you love and mercy. Lo, therein indeed are portents for folk who reflect_”.

There are some categories of marriage that are prohibited in islam. This can be traced back to the Arab Jahiliyyah
period where a son could inherit his step mother upon the demised of the his father.

With the coming of Islam, the quran prohibited this practice. Marriage between people related in some way is subject to prohibitions based on three kinds of relationship. The following prohibitions are given from the male perspective for brevity; the analogous counterparts apply from the female perspective; e.g., for
“aunt” and “uncle”. The Quran states thus:
“O ye who believe! It is not lawful for you to inherit women forcefully. And do not marry women to whom you father has ever married except what has passed. Indeed it was lewdness, disbelief, and a bad way. Prohibited to you are your mothers, your daughters, your sisters, your paternal aunts, your maternal aunts, brother’s daughters, sister’s daughters, your mothers that are those who suckled you, your sisters from suckling, mothers of your women, your step-daughters in your guardianship from your women you have entered upon but if you have not entered upon them then there is no blame on you, women of your sons from your loins, and that addition of two sisters (in a wedlock)
except what has passed. Surely God is Forgiving, Merciful.”
Al-Quran, 4:19–23 [4]

PROHIBITIONS BASED ON
CONSANGUINITY

Seven relations are prohibited because of consanguinity, i.e. kinship or relationship by blood, viz. mothers, daughters, sisters, paternal aunts, maternal aunts and nieces (whether sister’s or brother’s daughters). In this case, no distinction is made between full and half relations, both being equally prohibited. Distinction is however made with step relations i.e. where both the biological mother and father of a couple wishing to marry are separate individuals for both parties, in which case it is permitted. The word “mother” also connotes the “father’s mother” and “mother’s mother” all the way up.

PROHIBITIONS BASED ON SUCKLING

Marriage to what is sometimes described as foster relations in English are not permitted, although the concept of “fosterage” is not the same as is implied by the English word.

The relationship is that formed by suckling from the breast of a wet nurse. This is what is meant by “fosterage” in Islam in the quotation below. In Islam, the infant is regarded as having the same degree of affinity to the wet nurse as (consanguinity). So when the child grow up, marriage is prohibited to those related to the wet nurse by the same degree as if to the child’s own mother.

A reported hadith confirmed that fosterage does not happen by a chance suckling, it refers to the first two years of a child’s life before it is weaned. SHEIK AMIN AHSAN ISLAHI writes that “this relationship is established only with the full intent of those involved. It only comes into being after it is planned and is well thought of”.

READ ALSO  Cut off mark for Law in LASU

PROHIBITIONS BASED ON MARRIAGE

Only the daughter-in-law of a real son is prohibited.
The sister of a wife, her maternal and paternal aunts and her brother’s or sister’s daughters (nieces) are only prohibited if the wife is in wedlock with the husband.

PROHIBITION BASED ON RELIGION

Some of Islamic scholars and jurists unanimously prohibited Muslim to marry polytheist women especially the Almighty Allah says Quran 2: 221 also in Quran 60:10 as thus;
“Do not marry polytheist woman until she believes; a slave believing woman is better than polytheist women though she allures you; Do not marry (your girls) to polytheist man until he believes: A man slave who believes is better than an polytheist man, even though he allures you. They do (but) beckon you to the Fire. But God beckons by His Grace to the Garden (of bliss) and forgiveness, and makes His Signs clear to mankind: so that they may understand.”
“O ye who believe! When there come to you believing women refugees, examine (and test) them: God knows best as to their Faith: if ye ascertain that they are Believers, then send them not back to the Unbelievers.
They are not lawful wives for the Unbelievers, nor are the unbelievers lawful husbands for them.”

It is worthy of note that, It is lawful for Muslim men to marry Jewish or Christian women but not a polytheist woman (Quran 5:5).

Marriage of a man with women who are sisters or stepsisters or foster sisters of each other (except if marrying one who was separated from her husband by
divorce or death).

REQUIREMENTS OF A VALID
MARRIAGE IN ISLAMIC

In Islam, marriage is a conjugal Union between a man and a woman for lawful sexual relationship and procreation of
legitimate children. However, for this to be lawful, there are put in place. This procedure as they are must be complied with for marriage to be lawful. The certain laws that govern the contract of marriage in Islamic law is the glorious Qur’an and Hadith of prophet Muhammad ( P.B.U.H).

Scholars and jurists had diverse opinions on the requirements but the most unanimous ones and commandments of Allah in Holy Quran are the following that must be satisfied before marriage can be regards as valid contract in Islamic law are thus;
1. There must be a clear proposal from one side.
2. There must be a clear acceptance to enter into the contract of marriage.
3.There must be at least two competent witnesses than can testify to their agreement of marriage.
4. There must be a certain valuable gift from the side of bridegroom to the bride. {12} the Almighty Allah command
in the glorious Quran as thus; “And give women their dowers freely.” {13} Abdur Rahim said: It is either a sum of money or other form of property to which the wife becomes entitled by marriage.

The rules that governs Marriage in Islam are well enshrined in the Holy Qur’an, the Hadith of the noble prophet and consensus of Islamic scholars. For a contract of marriage to be valid in Islamic law, the parties to the contract are expected to meet up some certain criteria such as: Acceptance from the bride side, two competent eyewitness to the contract of marriage, payment of dowry from the bridegroom to the bride and lot more.

Therefore, it is a requisite requirements for every Muslim to comply with this criteria for their marriage to be legal in Islam.

By:
Ambali Abdulazeez Muhammed is a student of law, at university of maiduguri, Borno state. He is C.E.O of LAW AMPHITHEATER, Ambassador of legal pacesetter to Unimaid, Co-founder of Maverick Concept, member of LASJOL and he is so much interested in poem, academic writing .To reach him, email: ambaliabdulazeez123@@gmail.com, or through this contact/whatsapp:08165658589 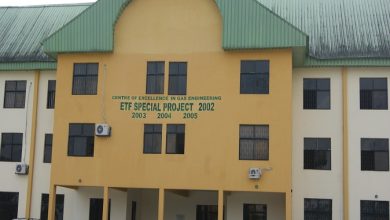 Cut off mark for Law in UNIUYO

Prohibitions of Riba in Islam Diploma in law in South Africa