In this article we shall be looking at Kanuri language and it’s environment. 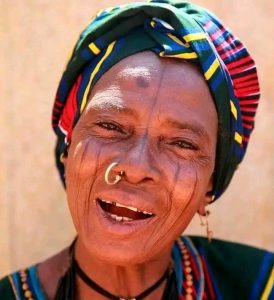 The Kanuri Language in question came into being as a result of the emergence of the longer lasted empire known as the Kanem Bornu Empire. The empire of Kanem Bornu historically finds its roots between Lake Chad and the Bahr el-Ghazal in the region of Kanem (modern-day Chad). It was based on the state of Kanem created around the 8th century and was ruled by the Duguwa, an aristocracy who choose a king among themselves. Gathering together agriculturalists and pastoralists. This kingdom consisted of various ethnic groups, which enable them to used iron-working techniques and horsemanship. These various groups gave birth to the Kanembu ethnic group who spoke a Nilo-Saharan language located at the crossroads between northern Africa and sub-Saharan Africa, this region benefited from trade contacts with different parts of Africa.

The early history of Kanem is not well known but it appears that Kanem sought to control trade routes towards Tripoli and Egypt and based its power on trans-Saharan trade. However, it would not be possible to envisage the creation of an empire before the expansion of Kanem towards the northern oases land during the 11th century. These conquests led to the creation of a trans-Saharan empire that survived until the 19th century.

During the 11th century, the Duguwa were replaced by another dynasty, the Sayfawa who ruled the empire until the 19th century. However, the territorial extent of this 800-year long hegemony greatly varied. At first based on Kanem, the center of empire shifted to the west of Lake Chad during the 13th and 14th centuries as a result of deteriorating climatic conditions. Indeed, the continued progression of the Sahara was responsible for the migration of the Kanembu to the more fertile lands of Bornu. This region had already become the economic centre of the empire in the 14th century despite the fact that“ the Sayfawa still resided in Njimi the capital they had built in Kanem.

Furthermore in the second half of the 14th century after two centuries of civil war, Kanem was captured by the Bulala warrior aristocracy. Fleeing their enemies, the Sayfawa managed to re-establish their power in Bornu. This second empire reconquered Kanem in the 16th century but Bornu remained the economic and political center of the country, hence the name Kanem-Bornu to designate this polity. This migration from Kanem to Bornu was a slow and sometimes violent process integrating various populations known under the collective name of So (or Sao) to the Kanembu. This merging gave birth to a new ethnic group known as the Kanuri who became the main ethnic group in the empire. As a consequence, their Nilo-Saharan language, Kanuri, became the lingua franca of the empire and up to today in some Northeastern part of an area known as Nigeria. 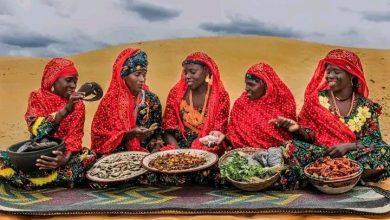