In other words, where a person is stopped from giving certain evidence, the effect is that the evidence become inadmissible. Though the word is used in sec.169-174, it is not defined in the evidence Act.

Is Estoppel a rule of pleadings, evidence, substantive law or merely an irrebuttable presumption?

A party seeking to rely on the doctrine must specifically plead it or give the facts to be relied on. Generally, Estoppel has no place in the statement of claim but can be a whole defence in the statement of defense. Estoppel is similar to an irrebuttable presumption of law. However, while Estoppel could be waved, an irrebuttable presumption cannot be waved. We can say therefore that Estoppel has a bearing on all, but any party wishing to rely on it must specifically plead it. Chellaram & son’s vs Ollivant Ltd. (1944) 10 WACA 77. When a judgement is a relevant fact in a case, it is
admissible even if not pleaded see Sec.174 of the evidence Act 2011.

Difference between Estoppel simpliciter and Estoppel per rem judicata

Estoppel by record is further divided
into two:
(i) Cause of action Estoppel:
This is usually referred to as Estoppel per rem judicata. In essence, where a course of action which was subject of an earlier litigation between the same parties had been adjudicated upon by a Court of competent jurisdiction, is brought again in a subsequent proceeding between the same parties, the subsequent plaintiff will be barred or Estopped per rem judicare from bringing it. In such a case, the earlier judgement is res judicata I.e a matter adjudged or a thing judicially acted upon or decided or thing or matter settled by judgement. This specie of Estoppel is also called “Estoppel by judgement” because it arises from the judgement of a court. See the case of fadiora & Anor vs Gbadebo & Anor (1978) 3 S.C 219.

(II) Issue Estoppel:
in a course of action, many issues may arise. Issue Estoppel is to the effect that a fact in a issue in the first cause of action has been decided by the court and that same fact crops up subsequently in a suit between the parties, none of them will be allowed to dispute or deny the decision of the court in the previous proceedings. Hill vs Hill (1954) P.D. 291. In the case of continuing trespass, successive actions can be brought from time to time as issue Estoppel will not arise. See Adepoju vs Oke (1999) 3 SCNJ 46 @ 55-56.

Rational behind the doctrine of Estoppel by record is predicted on rule of public policy, that it is for the common good that there should be an end to litigation. Also that on one should
be sued twice on the same ground. See Omokhafe vs Esekhane (1993) 8 NWLR 58.

Operation of the doctrine

Section 173 of the evidence Act provides:
Parties must be the same: parties in the two proceedings must be the same. Parties include not only the parties named in the writ but privies to such parties.

Privies are in three categories:
i. In blood e.g ancestor and heir;
ii. In estate e.g lessor and lessee;
iii. In law e.g testator and executor.

A party will note be allowed to split a cause of action in to two PR more and litigate it in parts.

c. Court of competent jurisdiction: A third condition is that the court that heard the first suit must be a court of competence jurisdiction.
D. Previous decision must have finally decided the issues between the parties: Even if the above three conditions are met, estoppel will not operate where there is a valid and subsisting judgement that has decided all the issues between the parties.

b. Estoppel by conduct:
This is provided for in S.169 E.A. it is to the effect that when there is an intentionall representation that is to been acted on by the other party, the first party will be estoped from denying the existence of the state affairs-iga&ors. V.amakiri&ors.

(c). Estoppel by deed: This is not provided for in the evidence act but it is a common law rule. It is to the effect that where a party or his
privy had executed a deed or an instrument under seal, he will be Estoppel by a court from ascertain that he fact stated therein are untrue.

(d). Estoppel in criminal cases: S.36(a) 1999 constitution. In a criminal matters, the doctrine
of rem judicate operate in another form referred to as autre fois acquire or autre fois convict. 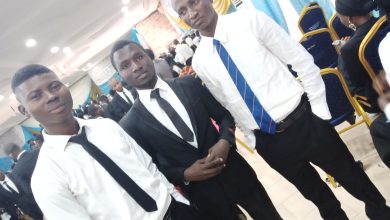