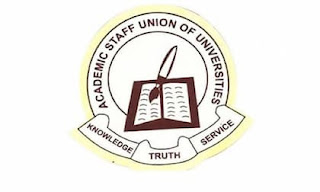 The Academic Staff Union of Universities (ASUU) has tackled members of the National Assembly for earning between N1.5 million and N1.3 million monthly to the detriment of Professors with N416, 000 monthly take-home.

The union also declared that there is no going back on its planned strike action unless the government meets with its demands.

The Zonal Coordinator of ASUU, Lagos Zone, Adelaja Odukoya, said this on Tuesday while addressing journalists at the end of the zonal meeting of the union held at the Federal University of Agriculture Abeokuta (FUNAAB), Ogun State.

Odukoya, flanked by the branch chairmen from the zone, slammed Senators and House of Representatives members over “jumbo pay” while saying academic members “are being impoverished by the federal government.”

Have you found this article useful or inspiring?
Kindly comment below or you can to your love one’s.
Thanks.