In this article, we shall be discussing list of Tribes in Kaduna state. 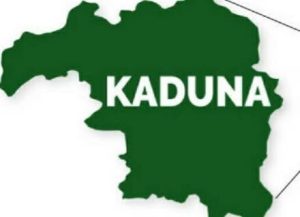 Kaduna state is one the state in Northwest Nigeria which is divided into the southern and northern regions. This state is occupied by both Christians and Muslims and it has many Tribes.
Kaduna state is the 4th largest state in Nigeria and it was created on the 27th of May 1967.

The following are the major tribes in kaduna state. These are:
1- Hausa
2- Gbagyi
3- Kadara
4- Kaje
5- Asholio

You may want to know:

How many tribes are in kaduna state?

In kaduna State, we have up to 60 different tribes which will be listed below.

READ ALSO  SDDATA: How to Buy and sell data online

Brief Explanation of tribes in Kaduna

Kamaku is both a tribe and a town in Kaduna state. The kamaku tribe occupies part of Kaura local government area.
The people of Kamaku are Christians and are known to engage majorly in farming.
This people have similar cultures with other northern tribes.

The kadara tribe is one of the many tribes in southern Kaduna.
It is also one of the biggest tribes in the southern part of Kaduna. The people of this tribe occupy kajuru and kachia local government areas of Kaduna state. They have a population of about 300,000. It is believed that the Kadara people migrated from a part of Jos.
This people are Christians and also take part in trading and farming. They imitate the Hausas in dressing and food.

The Kurama people have their roots in the Middle East. They migrated from present day Yemen to present day Southern Kaduna long before the emergence of Islam. They moved
along the Sahara desert gradually until they arrived northern Nigeria.
The people of Kurama speak Hausa language and are Muslims. They dress and feed just like the Hausas.

The Asholio tribe occupies Kaura local government area of Kaduna state. Not much is known about the ancestral home of
the Asholio tribe. Over time, the people of this tribe have adopted the cultural practices of some of their neighbors. This has greatly weakened their own traditions.
Farming and trading are some of the major occupations of Asholio indigenes. Also, a mixture of Islam and Christianity is practiced in this tribe.

The Hausas in Kaduna are found in the Northern part of the state. Although the Hausa tribe is the dominant tribe in the
whole of Northern Nigeria. However, in Kaduna state, this tribe is just one of the many tribes. The Hausa tribe in Kaduna might not be big, however, they are still very influential. A lot
of the tribes around them appear to have adopted their cultures and way of life.
The Hausas speak the Hausa language and are predominantly Muslims. Their major occupations are farming and trading.
Men from the Hausa tribe put on Babban riga while women tie wrappers on blouse and cover their heads with hijabs. The Hausas have very reach meals. One of them is “tuwo.”

The Kagoro people are believed to have migrated from Sudan.
They are peaceful people and are also Muslims. As a result of their dressing, this people can easily be mistaken for Hausas
by people from the southern part of Nigeria.
The Kagoro people are farmers and are known to feed on processed millet and maize.

The Fulanis in Kaduna state occupy the northern part of the state. They are very similar to the Hausas in their way of life. It is believed that the Fulanis migrated from parts of the Middle East. The Fulanis in Kaduna have been involved in various clashes with other tribes in the state. A lot of times, it is believed that this clashes are for religious reasons.
Fulfude is the language that is spoken by the Fulanis. Also, Islam is the predominant religion that is practiced by this people. The Fulanis are majorly cattle rearers and are nomadic in nature. Men from this tribe put on Babban riga while women tie wrappers on blouse.