Bida local government is one of the popular city in Niger State with an estimated population of 178,840 (2007). It is located at southwest of Minna, the capital city of Niger State, and is a dry, arid town. 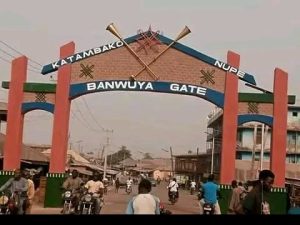 The following are the some of the places in Bida. These are:
1- Bamisu estate
2- Ramatu dangana
3- Bida poly
4- Small Market
5- Main Market
6- ECWA
7- Federal Medical Centre (Bida) E.t.c

The town is known for its production of traditional crafts, notably glass, bronze articrafts and brass wares. Bida is also known for its Durbar festival and the Nupe Day Festival. It is also the home to the Federal Polytechnic, Bida, Federal Medical Centre and Niger State School of
Nursing.

The major ethnic group is the Nupe. Bida is the
headquarters of the Nupe Kingdom led by the Etsu Nupe (presently Etsu Yahaya Abubakar). The leadership style of the ancient town of Bida is emirship, and the head of the town is addressed as Etsu Nupe. Other tribes include Igbo, Yoruba, Hausa, Igala and Gbagi, Ibira.

Bida is one of the small local government in Niger state. As it’s mentioned earlier that is the capital city of Nupe kingdom.